DRAT was established in April 2007 when Susan Smith suggested the idea to Christina Williams.  We decided to name the club after our currently competing dogs as finding another name was proving very difficult.

From small beginnings, running a couple of classes each on a Thursday evening, the club has grown to around 80 working dogs training on four evenings a week, three at a fantastic indoor venue near Snetterton belonging to World Horse Welfare and a fourth at a livery yard near Aylsham.

In 2010, Susan had to have knee replacement surgery and after her recovery she returned to teach two classes a week on Thursday evenings.  In May 2014 Susan sadly decided that she would like to retire from DRAT to prolong the use of her knee.

In 2016, with the closure of Bure Valley Agility (established in 2011 with Christine Haynes) near Aylsham, Christina decided to carry on with classes at Hall Farm, Oxnead (Lorna Crook Equestrian) under the DRAT title.

Beginners are very welcome, although there is always a waiting list and unfortunately no available space at the moment.

Whilst we are not a competition club in the strictest sense, nearly half of our members now regularly, and successfully, compete at KC, UKA and local independent shows.  (We have dogs competing up to and including KC Grade 7 and Championship classes in Small, Medium and Large.) 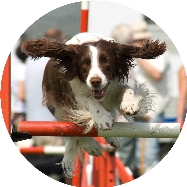 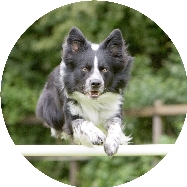